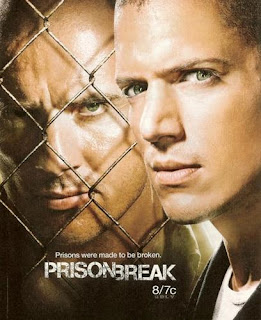 Email ThisBlogThis!Share to TwitterShare to FacebookShare to Pinterest
Labels: Crave....

Once upon a time, monkeys ran wild all over Taiping lake. Adult monkeys and baby monkeys wandered freely. 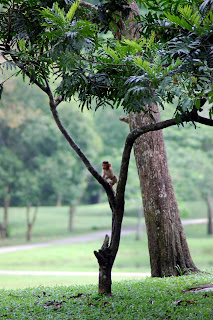 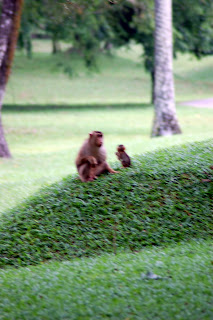 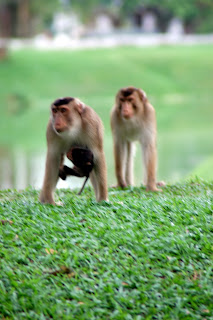 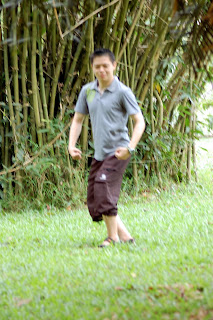 Today might me any normal day to anyone. But to me, it's one of the saddest.
At about 1pm, Lucy passed away peacefully. I called home a little after 1pm and my mum told me the heart breaking news. I can't hold back the tears and cried a while in the office gym's toilet. Lucy was having a bloated stomach and refused any food since few days earlier. Yesterday, I didn't manage to sleep well as she was breathing hard just outside my room's window. And she could not even stand up anymore. Wanted to call the vet but my mum objected. She wants Lucy to go naturally and peacefully.
I spent some quiet time with Lucy this morning. Wiping her body and her eyes. Telling her to take care but honestly in my heart, I prayed for a miracle. But somehow I knew that would be the last time I touch her. We all knew it's almost time.
This is the cruel fact of life.
My mum said she doesn't want anymore pet because the hardest part is when it's time to let go. I kind of agree. My eyes are swollen from the crying now. My heart aches when I look out and the familiar figure that has been there for 13 years is not there anymore. No more Lucy to welcome me home everyday, no more Lucy to in the house when there is thunder, no more buying her dog meat and biscuit. I will deeply miss all these. I will deeply miss her.
Love you always Lucy and hope you have had a great life with us. I appreciate your companion and loyalty. And most of all, the joy you brought us. 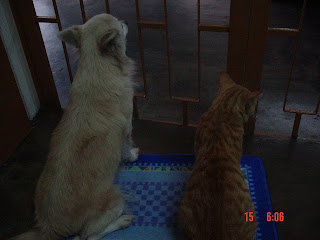 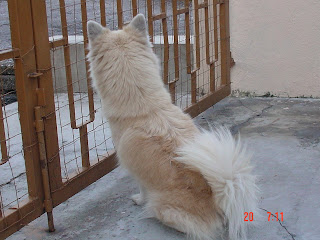 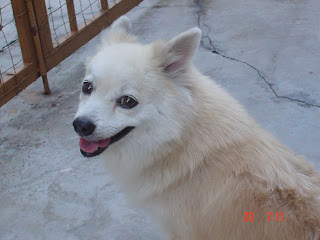 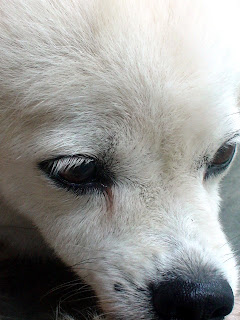 Email ThisBlogThis!Share to TwitterShare to FacebookShare to Pinterest
Labels: Lucy

There is so much to blog about Siam Reap but it will not be the same if depicted in words.
If there is an opportunity, I would very much like to go there again. Spend more time understanding the rich ancient myths and history, to experience the way of living there and to learn the culture.
A few days there made me realise that I actually took a lot of things for granted. The children seemed so happy even without bare neccessity like clothing and proper education, let alone have the pleasure of toys.
And yet, I still complain and feel that I do not have enough. But then this is the nature of huma beings. We tend crave for more.
I am quite proud of myself lately. I refrained myself from buying things that I do not need. I can still be happy without that extra new skirt or dress. I can still be satisfied without that new notebook or that new handphone I am craving for.
But, two things I can't resist - nice food and facials...Sigh~~~
Well, live a simple life and you'll realise that you'll be happier. 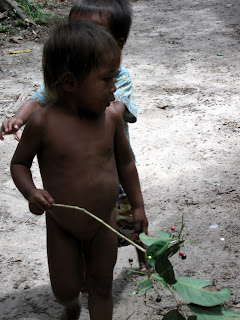 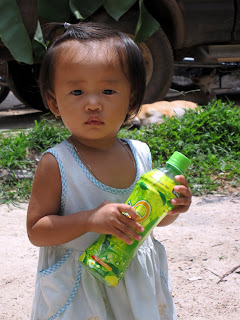 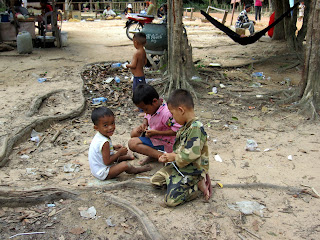 yours truly, Unknown at 9:00 PM No comments:

'We all get lost once in a while, sometimes by choice, sometimes due to forces beyond our control. When we learn what is it our soul needs to learn, the path presents itself. Sometimes we see the way out but wander further and deeper despite ourselves; the fear, the anger or the sadness preventing us returning. Sometimes we prefer to be lost and wandering, sometimes it's easier. Sometimes we find our own way out. But regardless, always, we are found.'
-A Place Called Here by Cecelia Ahern-
yours truly, Unknown at 8:55 PM 3 comments:

Email ThisBlogThis!Share to TwitterShare to FacebookShare to Pinterest
Labels: Books

colours of the rainbow

rain drops + sun ray = beautiful rainbow
we saw 2 pretty rainbows on the way back today. combination of beautiful colours, clearly visible across the sky.
reminds me of the rainbow we saw over komtar in penang, reminds me of one of my fave song by jay ('cai hong'), reminds me on how lucky we are to witness this captivating work of nature.
remember how we used to draw rainbows when we werestill in kindy (well, at least for me la...)?
the Bible relates rainbow as a promise from God that there won't be another flood after Noah's. i remember reading this when I was young.
everytime i see a rainbow i will secretly make a wish that the person beside me will be happy and he/she enjoys it as much as i do. and today i got to make 2 wishes for that same person.
nothing makes me happier to know the one I love feels the same. 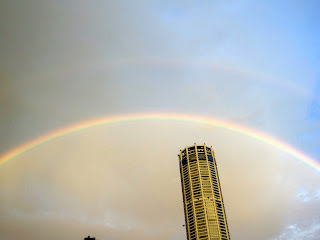 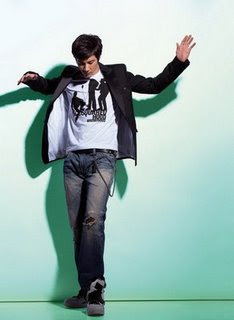 It was definitely a show worth paying for.
The concept revolves around a comic hero - called Music Man with his weapon 'Bahamut', a dragon shaped guitar specially flown in from Ireland. This is who Lee Hom wished to be if he is a superhero. His mission? To save the music world.The crowd was roaring even before the show started. The atmosphere was real high and when he appeared, the crowd just went wild.
And this lasted till then end of the show.
No joke.
At the end, we were all standing up on our chair.
EVERYONE was so high.
Moving our bodies to the last few songs he belted out.
I can't remember all the songs in sequence. I was too mesmerized at some points that the world around me seems to disappear. It's only him on the stage.
I started admiring him and his songs about 3-4 years ago. Through these few years, I listened to his songs when I was stressed. They gave me inspiration through some bad times and accompanied me everynight when I was on the graveyard shifts few years ago.
People might gossip about him. Which artist is spared from rumours? The way he put Chinese and Western elements together (chinked out), it's really something different and brave to do. Salute to him.
It was sad that such an awesome night has to end. But I am sure there will be another rocking night again. Keep up the good work, Lee Hom.
**Suddenly, I have this obsession to learn to understand each of his song. Yeah, I know my Mandarin still sucks...:(**
yours truly, Unknown at 3:37 PM 3 comments: