Blink of an eye

Blink of an eye, it's the last day of the first month of 2008...I know I know...I shouldn't be blogging now. Instead, should be sticking my head under my study notes...Exam just around the corner. But let's do a recap of what I've been up to this very first month of the year... 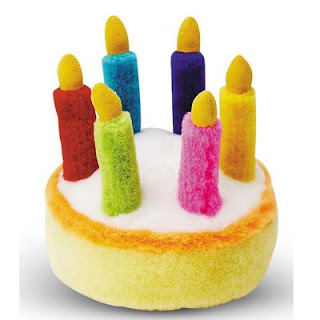 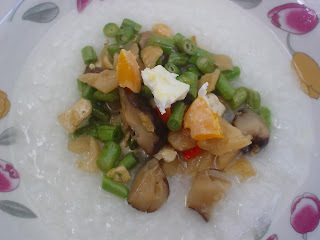 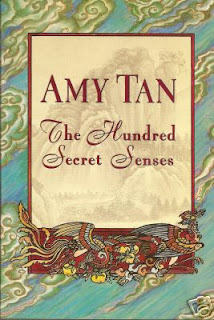 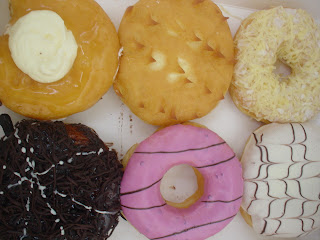 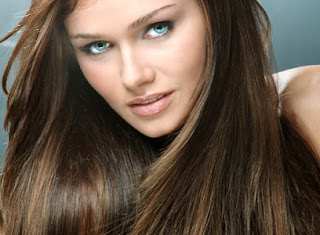 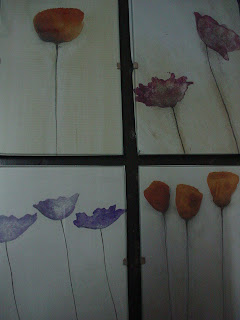 Got to know about this place after watching Amazing Race Asia. Is it so cool....Too bad it was not there yet when I was in New Zealand. If I got to visit that beautiful country again, I would definitely not miss this....
Have a look and be scared....
http://www.spookers.co.nz/

yours truly, Unknown at 9:03 PM No comments:

yours truly, Unknown at 1:11 AM No comments:

I have a dedication for all of you...Please click here.

Email ThisBlogThis!Share to TwitterShare to FacebookShare to Pinterest
Labels: Crave....

As I read the news this morning, my heart sank. Though I never really admire him but who can forget this rising star in 10 Things I Hate About You (the part where he sings 'Can't Take My Eyes Off You', owwwww...), in A Knight's Tale, in Casanova (ever so suave) and of course, in the critically acclaimed Brokeback Mountain. He is to be seen in the upcoming, much anticipated The Dark Knight which he is The Joker. He got this rugged and bad boy look which caught my attention in the first place. News reported that he overdosed on drugs. Sigh.... 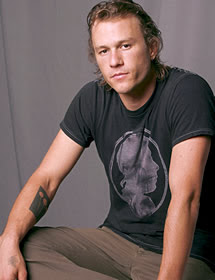 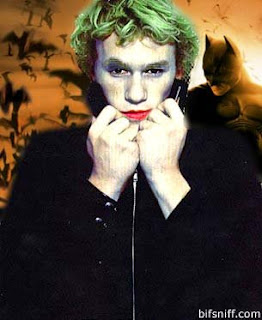 yours truly, Unknown at 9:32 AM No comments: 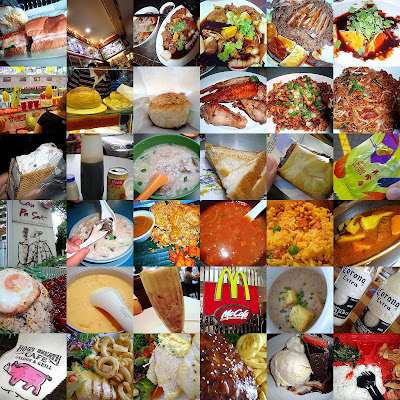 It was an exploration trip to Singapore a few weeks back. Guided by a map, we walked from one place to another, under hot sunny weather and heavy rain as well. And as usual, the trip will not be complete without some food experiences.
While waiting to board Aeroline, we jump-started the calm morning with complimentary coffee/tea in Nikko Hotel. We were provided Subway Sandwiches onboard. It has been a long time since I had Subway. I still remember having the half-foot long sandwich for lunch, back in the days of Alstom and how my boss liked his sandwich as I often got the task to buy it for him.
5 hours later, after a fruit and snack rest in Pagoh, we reached Harbour Front. Even though hungry for lunch, we proceeded to check into New 7th Storey hotel before submitting to a hearty lunch. Near to Bugis Junction, we had lunch at Yu Kee, famous for duck rice, as recommended by the hotel staff. We ordered Kway Chap, Duck Rice and porridge as well. The rice is very different as it was cooked with a type of sauce till dark-brownish. Kway chap consisted of pig's internal organs. I am not sure if it's because we were hungry but it was delicious.
As it was raining heavy by then, we ran across to Bugis junction and then to the Petaling Street-look-a-like bazaar. Fruit juice there is so cheap we can't resist buying some. Then, we tried the black pepper chicken bun. Smells really nice with sesame seed oil. I bet it tastes nicer if it is eaten hot and not after going through the rain, as we had it after we ran back to the hotel in the rain.
After a rest, we walked from Bugis to Raffles Place to Marina Bay and to the Esplanade....It was drizzling now and then. We were searching for the famous Makansutra@Glutton's Bay. Nearly gave up when we finally found it. We ordered fried kuey teow, chicken wings and another dish similar to fried 'carrot cake' we have here. Well, food there is expensive and the taste is nothing compared to local food here. It's just a hyped-up tourist attraction, just like Gurney Drive in Penang. We proceeded to Orchard after that. Tempted by the ice cream stalls all along Orchard Road, we decided to try. It was nice, ice cream in between crunchy and fresh crackers. The night ended after visiting Clarke Quay. It's really a happening place. Clubs, bars and lots of beautiful girls, the place is a must visit for night crawlers.
The next morning started with a visit to Chinatown. We had porridge. Mixed pig organ porridge and 'pei tan' porridge. Nothing to shout about except their bottle of soy sauce is LARGE. We walked along Chinatown and bought this cute cheese dried meat. Tasted really good. We visited a temple, lots of photos taken here because of the unique architecture. Almost lunch, we decided to go to the famous Lau Pa Sat. We had popiah, cendol and I tried this 'Sweet Potato and Coffee shake'. One sip of it, it tasted awful. Hmmm....sweet potato and coffee with milk is a big NO NO. They DO NOT blend with one another.
Then, we were off to Little India. That's where I got myself a souvenir. Bird poop....Yup....Anyway, we decided to go to the food court. Saw a lot of people queuing for this particular nasi briyani stall and we wanted to try. After the long wait, it was well worth it. The briyani rice was nicely cooked with large portion of curry chicken. We had roti prata also, which is actually roti canai.
Dinner was at Crystal Jade cafe near our hotel. Serving Hong Kong and Macau style dishes, it is almost the same as Wong Kok Char Chan Teng and Kim Gary. But food here is nicer. We had the set meal that comes with a nice broth, a main course and a dessert. I had rice. Need the energy for Jacky's concert after that. :P The night ended with McD supper at Bugis junction after the concert.
The last day, we decided to have something more expensive. We landed ourselves in Hog's Breath Cafe in Vivo City. Overlooking Sentosa from a distance, it was one of the best western meals I've had. Portion is just nice, and the taste is delicious. The beautifully decorated dish made it even more tempting. And the dessert is so sinfully delicious. We ate everything till it's last piece. Definitely a great way to end our trip. We boarded Aeroline and had the lounge to ourselves and even got the privilege to choose the movies to watch. And before reaching KL, we were provided with packed rice.
After lots of walking and eating, it was an experience well worth it. And Jacky's concert rocks.

A week has passed since I turn 2x year-old (hehehehe)....It's not too late to say a big big thank you to all your smses, calls, presents and well wishes. I am really touched and thanks to the gang whom I had a hearty meal and delicious choc banana cake.
I am blessed to have friends like you all.

"Love is tricky. It is never mundane or daily. You can never get used to it. You have to walk with it, then let it walk with you. You can never balk. It moves you like the tide. It takes you out to the sea, then lays you on the beach again. Today's struggling pain is the foundation for a certain stride through the heavens. You can run from it but you can never say no. It includes everyone." -Amy Tan (The Hundred Secret Senses) 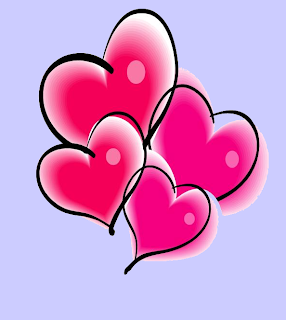 yours truly, Unknown at 8:14 PM No comments:

Email ThisBlogThis!Share to TwitterShare to FacebookShare to Pinterest
Labels: Books

was listening to Jay's albums and this song swept me away...it's a sad sad story...*cry*cry* i heard there's another part for this song...

i had really bad nightmares and dreams lately....
i wonder why....
dreamt of a REALLY bad accident, flesh eating creatures (maybe i shouldn't watch AVP 2 this saturday), getting REALLY lost somewhere and not having anyone to help....
i woke up feeling scared....
is it a sign?
is there something bothering me?
i don't know.....
sigh.....i want to have sweet dreams.....
yours truly, Unknown at 9:52 AM No comments:

a little too early but i've loved this song since long long time ago...guess it the right time to post it...

Ending with a blast

Year 2007 ended with a blast as always...5 days 4 nights to Pangkor and Cameron followed by Bumbu Bali on New Year's Eve. It's alwasy fun going on holiday. And this time it's a none hectic trip. Leisure most of the time, relaxing by the beach and enjoying the cold breeze on highlands after that. As usual, it's not complete without the makan makan outings. Breakfast at Bidor before crossing to Pangkor, lunch at Ipoh before going up to Cameron and after coming down from there, hot steamboat on cold night in Cameron and not forgetting the BBQ. New Year's Eve dinner was at Bumbu Bali, Puchong. Portion is huge!! The meat tastefully marinated with Balinese flavour. I like the environment and love the drinks. 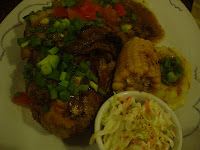 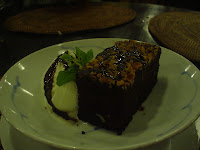 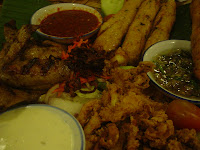 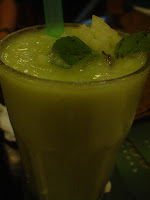 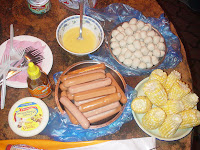 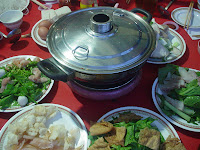 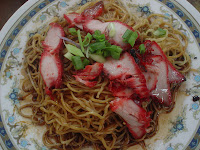 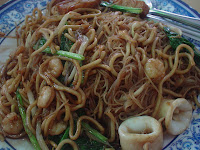 Mee in Bidor and mee in Pangkor 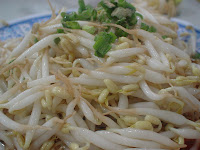 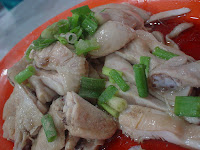 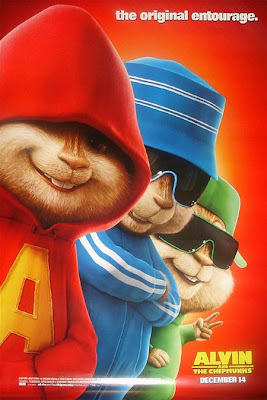 OMG.....Who can resist them especially Theodore?

Email ThisBlogThis!Share to TwitterShare to FacebookShare to Pinterest
Labels: Movies

It was nearly 5pm. I know it will start to rain but nonetheless, I put on my running shoes and went for a quick run. The clouds above looked heavy with rain...It started to drizzle...At that point, I felt a sudden calmness as I look upon the sky...Raindrops on my face.

The raindrops triggered a thought...What a life it would be to be free...No more 9-5 jobs, no more financial commitment, no more worries...

I wonder, what is the purpose of my life here on earth? I can be the filial daughter to my parents, a loyal friend to my friends and a productive employee for the company...But are these the only meanings of my life?

I wish to touch the lives of others. I wish to travel to places people will not normally go, I wish to run freely with the villagers from a peaceful village in Laos, I wish to swim with the dolphins in the sea (though I do not know how to swim, YET), I wish to spend a night in the real safari in South Africa, I wish to experience Mother Nature in it's purest form...

This is the life I wish to have.

Well, all said, I know I should be grateful for what I am having now. I haven't travelled overseas a lot but I would like do so in the near future and I would like to be involved in more charity work when I do.
yours truly, Unknown at 7:41 PM No comments: 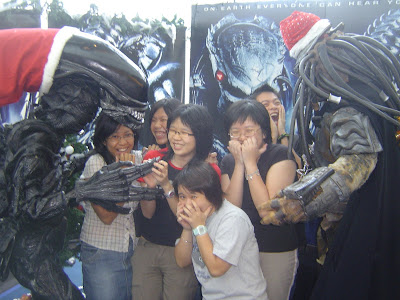