Love love love....to all the special people in my life. Each of you means a lot...good or bad, you made up part of my life.
yours truly, Unknown at 8:09 AM 1 comment:

It was quite an impromptu decision to go to the Starlight Concert organised by Ecoworld. I knew about it when it was published in the newspaper much earlier but I didn't really wanted to go as it's free standing. I think I am too old for the crowd. LOL...
Well, anyway, I got my ticket from Homaniacs. And at first I thought of going alone as I only have one ticket. Then when CY said she wanted to join, I might as well try my luck and got 4 tickets from EcoWorld sales gallery. And that's just a week before the event.
So, last Saturday, 31st Jan, we had a satisfying dinner of hokkien mee at Bandar Mahkota Cheras before braving the traffic to Semenyih. It was one of the longest traffic I've been in all my life. Two- and-a-half freaking hours. CY's car almost gave way due to overheating but luckily we are near to our destination at that time. Many a times we wanted to turn back but the destination seemed so near.
When we reach there about 9-ish, we were worried that the show might be ending soon. It didn't help either when the place we were allowed to park is so far away from ground zero. No sound, no lights from as far as we can hear and see. Luckily, shuttle buses were provided. I really love how they are so well organised. Frequent buses in a few stations all over Eco Majestic to ferry people to the event ground. And the whole place is huge.
So we go there just in time for him. Yes, him. Lee Hom (pic courtesy of Homaniacs). 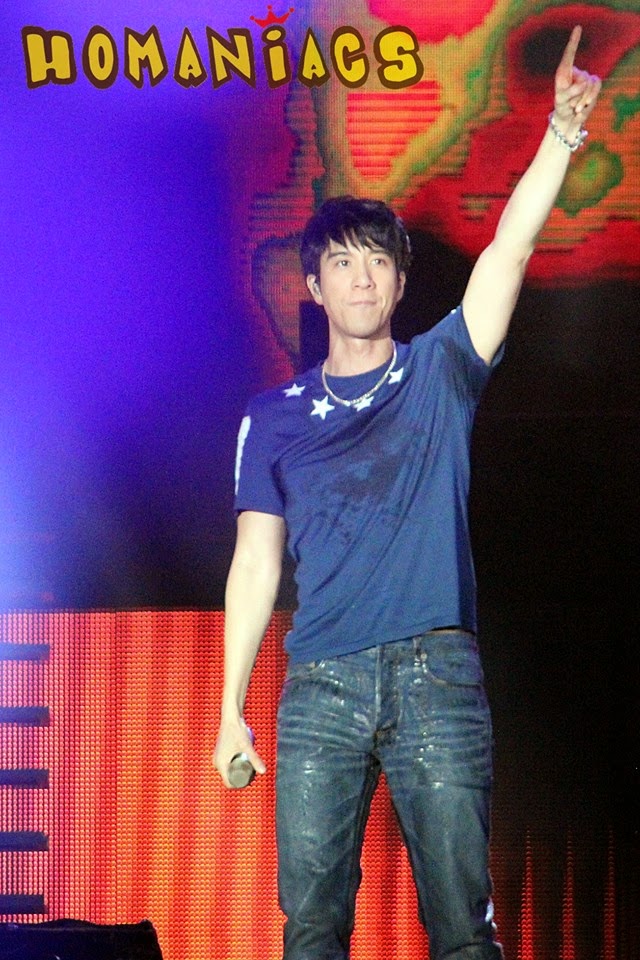 It was worth the long butt-numbing drive. It was worth the hours wasted in the car. We were so near to the front of the stage and could see him clearer than paying for his concerts. He sang quite a number of songs, giving the best performances, as he always does. We were ecstatic.
All in all, it was a birthday present to me...well, sort of.
Anyway, kudos the the EcoWorld team for making it a huge successful event. Do visit their new township in Semenyih. Looks really nice.
yours truly, Unknown at 1:00 PM 1 comment: