With so many sushi joints popping up, it's so easy to get Japanese food nowadays. I am a great fan of Japanese food but little do I know that I've been eating sushi/sashimi the wrong way all this while.
I read this article in the newspaper and below are a few tips on the right way of eating sushi:
1. Eat sushi with your hand. This is an tradition but if you feel uncomfortable, use the chopsticks. Grasp the sushi with your thumb and middle finger on both sides and the index finger on top.
2. Smudge a little bit of wasabi on top of the salmon (or other raw fishies). The soy sauce and wasabi are meant to sterilize and flavor the raw fish.
3. Do not dip the rice in the soy sauce.This will break the balance of vinegar and rice. The sauce must only touch the fish.
4. Put the whole piece in the mouth with the flesh of the fish touching the tongue.
5. Chew and savour the moment. 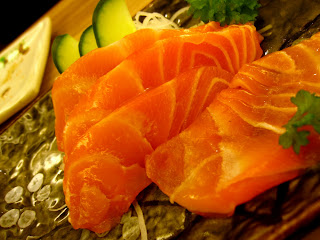 Now, that's the correct way to enjoy your sushi.

yours truly, Unknown at 9:26 AM No comments:

Email ThisBlogThis!Share to TwitterShare to FacebookShare to Pinterest
Labels: Food.....

Despite waking up at an ungodly hour (3am), we were all excited and wide awake, all the way to LCCT. The smell of coffee from Oldtown Kopitiam greeted us, as usual, together with the crowd. Why so many people travel so early one?!!

The flight took us only 2.5 hours and reach reach Yogya at 8ish. It's already hot early in the morning. The airport is small and the line was long! We pratically have to line up all the way to the runway.
Upon passing through customs, we were welcomed by our tour guide, Mr Corry. Funny guy he is, keeping an eye on FL all the time....LOL.
First stop, to eat breakfast, at my request...:P. He brought us to 'masakan padang'. I've tried better 'masakan padang' in Jakarta last time. Well, throughout the trip, the food is nothing to shout about as it's pre-arranged at restaurants decided by the agent. Should have asked for it to be excluded so we can try the local stalls. 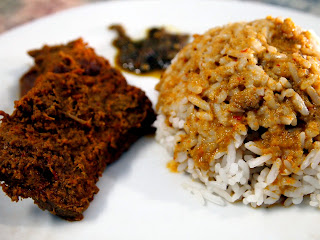 So, after breakkie, we proceeded to Yogyakarta palace (Kraton). We were shocked to see 'people mountain, people sea'. It's a long holiday weekend apparently. Kraton is a famous tourist spot. The place is like a walled city within a city that serves as home to the Yogya Sultans. 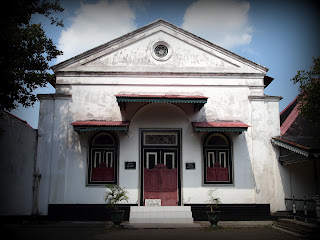 The courtyards, pavillions and royal heirlooms were all well-preserved displaying the Javanese culture. We managed to catch an art performance that is scheduled each day. 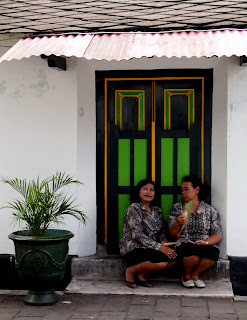 Next stop is Taman Sari aka Water Castle. Taman Sari consisted of four distinct areas: a large artificial lake with islands and pavilions located in the west, a bathing complex in the centre, a complex of pavilions and pools in the south, and a smaller lake in the east. This is where the sultans used to come to relax and watch his wives and mistresses dance and bath in the pools. We walked along some alleys and reached a underground tunnel. The tunnel is a pretty place for wedding pictures! This tunnel was used as an escape route if the palace is under attack. 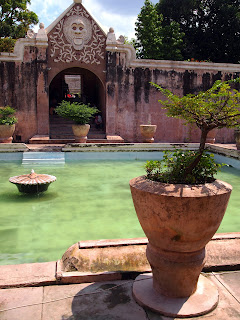 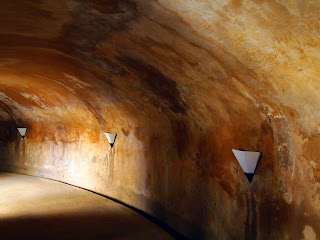 Nearby, we can see how batik and silverware is made. As usual, we spent little time here as we're more into exploring the city.﻿ 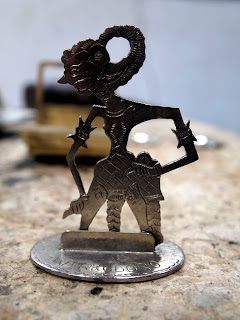 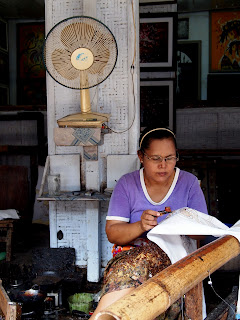 Towards the eveing, we headed towards to Prambanan, the largest Hindu temple in the world. This place is famed for it's beautiful sunset and it doesn't disappoints! There are a few 'candi' surrounding Prambanan. I particularly like Candi Sewu, less crowded and it's secluded towards the end of the compound. There's a mythical story surrounding Sweu. Google it... 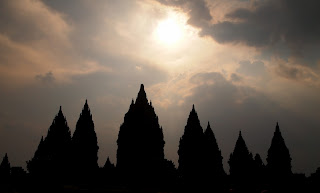 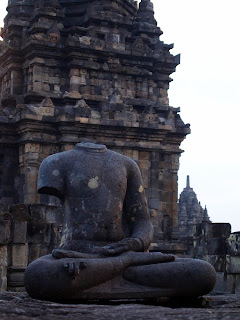 And so that marks our Day 1. We were then ushered to our dinner and then to our humble abode for the night. It's a unique small boutique hotel, owned by a Korean. Pretty neat place to stay I would say. 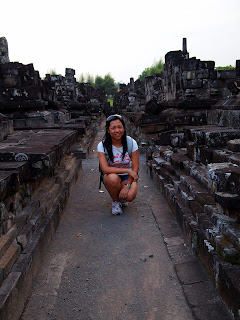 yours truly, Unknown at 5:21 PM No comments:

Who says wedding is an affair for two people?
If I get to choose, I'll do it differently. Now, don't get me wrong. Everything is going smoothly (I think), just that, maybe I'm getting nervous for the big day. Too many people = chaos. IF I get to do it again from the start, it'll only be a small event with close relatives and friends (not more than 50pax) on a beach or a garden wedding. That's my dream wedding.
We're still getting info here and there on what to buy, what to prepare, what to do on the day, etc. The dtae seems still far but yet, there's not a lot of weekends left to prepare. *panic mode*
And I'm quite disappointed with my wedding pics! Sigh, if only I can do it all over again.
I know it's supposed to be a happy occasion. Maybe I am thinking too much. I should try to enjoy the process rather than worry one the outcome.
yours truly, Unknown at 8:46 PM No comments:


Discover this song in my Ipod while jogging and it struck out to me. Uplifting and meaningful lyrics....
yours truly, Unknown at 7:28 AM 1 comment:

Few weeks ago, I have the opportunity to attend a self awareness and defense session, an event organised by the company.

1. First of all, avoid the situation lor...duh! Like if you see a bunch of suspicious looking people, do not try to act bold and walk towards their path.

2. Always assert self confidence. You'll tend to be a target if you look weak.

3. Always be aware of your surroundings and look for an exit point, just in case. (ie. NO texting or talking on the phone when walking lor...)

4. Imagine a cat when it's being provoked or it sensed danger. It will make hissing sound and try to make itself bigger by fluffing out its fur. Yup, thats's right, if you are being confronted, try to make loud noises like a mad person. This will make your attacker a bit hesitant and you can plan an escape route in that split second.

5. Physical technique, if you really need to use it - poke eyes, the classic kick to the groin, poke the hollow spot at the neck, impact slaps to the ears that will make the attacker lose balance, kick to the shin.

We were taught how to block a knife attack. It's difficult to describe the steps but it works, that is if you remember the steps correctly!

It was overall a very useful (and fun) session. But what the instructor (one of our UK collegaue who has trained the army @@) said is true, when you are caught by surprise, you'll tend to forget everything that you've learnt. So stay calm and think fast!!

Now, who wants a free lesson?

PS: Lots of free videos on Youtube on how basic self defense.
yours truly, Unknown at 7:08 PM No comments:

I am back! To the blogging world that is...Sorry for the hiatus (not that anyone cares anyway...HAHA). I am still obsessed in watching Running Man. Learnt some new Korean words. Got to know some pretty and handsome Korean celebrities. And this make me wanna...VISIT KOREA!
Latest favourite hunk to slurps over- Oh Ji Ho... 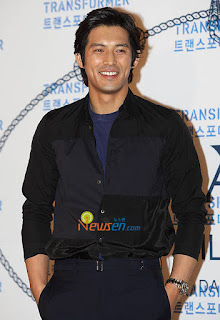 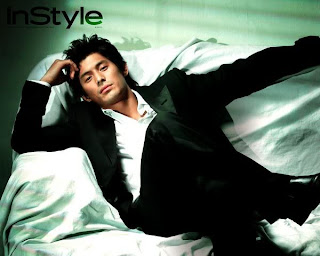 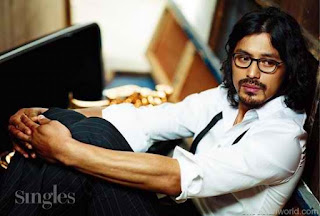 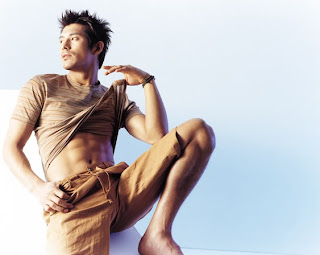